Hong Kong Wants to Be the Regional Crypto Hub

Recently, Hong Kong appears to be taking steps and actions to distance itself from the hostile crypto regulatory environment in Mainland China and return to its position as a global cryptocurrency hub. The city has shown a willingness to differentiate its crypto regulatory approach from that of Mainland China by launching several legal initiatives to revitalize the cryptocurrency space within its jurisdiction.

One such action involves the introduction of an independent bill to regulate the crypto industry in a manner different from China’s, which it announced in October last year. At the time, Elizabeth Wong, a senior official at Hong Kong’s Securities and Futures Commission (SFC), stressed that the special administrative region of China held a divergent crypto policy stance from Mainland China, adding that the city would not suffer any effect by the blanket crypto ban in China.

Speaking at the InvestHK conference in Hong Kong in October last year, Wong said that “Hong Kong has [the] one country, two systems principle,” referring to the different regulatory systems practiced by the city compared to Mainland China. She added that “it’s a constitutional principle that forms the basic foundation of Hong Kong’s financial markets.”

Wong also revealed that her agency, the SFC, was planning to allow retail investors to “directly invest into virtual assets,” a move that would highlight a notable shift in the stance held by the regulatory agency since 2018. The SFC previously limited crypto trading on centralized exchanges to professional investors, which it defined as individuals or corporations with at least HK$8 million (US$1 million) in trading capital.

Wong said: “We’ve had four years of experience in regulating this industry… We think that this may be actually a good time to really think carefully about whether we will continue with this professional investor-only requirement,” adding that it can observe notable compliance in the industry.

This move to “clear the air” comes after Hong Kong lost multiple crypto businesses to its biggest rival Singapore after investors fled, thinking Mainland China’s regulatory stance would spread into the city, and also because of the city’s strict COVID-19 prevention policies.

However, unlike Hong Kong, the government of Mainland China deems cryptocurrencies a threat to financial stability and has mandated that banks and financial institutions treat them as such. In 2022, the People’s Bank of China (PBoC) issued a notice to the financial sector, warning that facilitating crypto services to citizens was illegal and punishable.

Hong Kong has begun the new year by reiterating its promises to build its cryptocurrency community, demonstrating the city’s commitment to becoming a global crypto hub.

Despite the ongoing bearish stint plaguing the market, Hong Kong’s Financial Secretary, Paul Chan, recently stated that the city will continue to push ahead with its plan to become a major crypto hub. During a Web3 forum on January 10, as reported by Bloomberg, Chan emphasized that Hong Kong aims to attract crypto businesses from all over the world and establish itself as the go-to destination for startups in the crypto and fintech industries by 2023.

Chan emphasized that Hong Kong’s goal to become a regional crypto hub remains unchanged, despite the recent fall in crypto prices and the negative impact caused by major crypto players, such as FTX and Terra, experiencing historical implosions. He added that Hong Kong is determined to establish itself as a leading player in the crypto and fintech industries.

The Financial Secretary recently announced that Hong Kong has become “a quality standing point for digital asset corporates” as other crypto hubs, such as Singapore, are slowing down on their crypto plans. Chan argued that this was a result of Hong Kong’s robust regulatory framework, which not only aligns with international norms and standards but also prohibits any “free-riders” from operating within the industry.

The 67-year-old accountant bragged that this has led to several leading tech firms and startups considering moving their headquarters to Hong Kong or expanding to the city, though he mentioned no specific names.

Furthermore, Hong Kong’s Undersecretary for Financial Services and the Treasury, Joseph Chan, stated that the city is preparing to issue more licenses to digital asset trading firms and is planning a consultation on crypto platforms. The purpose of this “consultation” is to investigate the possibility of retail participation in the crypto industry.

Hong Kong’s Plans to Reposition as a Global Crypto Hub

To back words with actions, Hong Kong has taken some actionable steps towards realizing its crypto aim. Here are some ways Hong Kong has expressed its willingness to run a crypto-friendly environment:

One such effort can be seen with the passing of the Anti-Money Laundering and Counter-Terrorist Financing Act by the Legislative Council. This would allow crypto service providers to offer trading capabilities to retail traders in the coming months.

“We have seen a lot of local brokers and fund managers seeking advice from us about the licensing requirements under the new regulatory regime.”

Approval of ETFs in Hong Kong

In December 2022, a significant event occurred in the world of exchange-traded funds (ETFs) as two new funds were introduced in Hong Kong. These two ETFs, named CSOP Asset Management’s Bitcoin Futures ETF and Ether Futures ETF, were the first of their kind to be made available in the city.

Finally, in September 2022, reports coming from Hong Kong showed that the city was testing out a central bank digital currency (CBDC) called the e-HKD. The pilot scheme of the CBDC will come with adjustments to existing laws and digital infrastructure to support the digital coin.

In conclusion, Hong Kong crypto environment is much more conducive and healthier for crypto businesses and investors compared to Mainland China.  Meanwhile, with the government planning to issue more licenses for digital asset trading firms and conducting consultation for crypto service providers, it is evident that Hong Kong is committed to exploring and harnessing the potential of the crypto industry. On the other hand, Mainland China’s outright ban on crypto has made it a hostile environment for crypto businesses and investors. 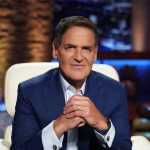