The NFT space has been a real mess in recent months. The once high-flying emerging market, where investors basically threw billions of dollars into questionable “investments,” has surprisingly gone bust in 2022.

If only these investors were warned that engaging in assets that offer no real value except ownership of digital images and artworks was a bad investment strategy! Oh wait…

According to current data from on-chain data aggregator DappRadar, the trading volume on the behemoth NFT marketplace OpenSea in the past thirty days was $361.69 million, a 35% drop from the previous month. Think that’s bad? In May, the trading volume on this platform was around $2.6 billion. Wait! It gets worse. In January this year, this figure was close to $5 billion! I’ll let you do the math on this drop in just seven months.

Non-fungible tokens (NFTs) are data-driven digital tokens that represent ownership (proof-of-ownership) of digital collectibles on a blockchain. NFTs can be anything from artwork to films to tweets to music and many more. This diversity in its application is one of the main reasons behind the meteoric rise recorded in the sector last year, which saw millions of dollars in investments and followers troop in. NFTs became so popular they broke into the mainstream sector, with top brands across industries adopting them:

Many NFT critics have taken the recent downturn in the sector as a vindication of their constant censuring of NFT hype. The NFT niche was proclaimed a bubble by many critics, claiming it was bereft of any utility and was bound to go belly up. This prediction appears to be unraveling before our very eyes, regardless of how much money and resources NFT enthusiasts have invested into the market.

Why Is the NFT Market Crashing?

The NFT downturn occurred in tandem with the recent crash in the crypto and equity markets. At the time of writing, Bitcoin sat on a year-to-date (YTD) drop of 50.6%. Plotting the chart from its highest point in November, BTC is down by a whopping 70%. So much for being an inflation hedge! The decline in the benchmark cryptocurrency over the months dragged most of the crypto industry, including NFTs, to notable lows.

Unsurprisingly, the NFT sector appears to have reacted more violently to the crash triggers, such as inflation, cuts in global supply chains, ultra-hawkish central bank monetary policies, global tensions, macroeconomic trends, and many others, due to its illiquid nature.

Loss of Confidence In NFTs as Investments

NFTs primarily rose to prominence in 2021on the heel of overinflated hype bordering on hysteria, propagated by artists, influencers, A-list celebrities, and famous athletes. However, as history has shown time and again, financial instruments brought to the limelight by hysteria are bound for an inevitable rude awakening that forces an “evolve or crumble” response.

In early 2021, Twitter co-founder and former CEO Jack Dorsey put up his genesis tweet for auction as an NFT, and sold it for $2.9 million to entrepreneur Sina Estavi. Fast forward to April 2022, a year after, Estavi put up the same NFT tweet for sale at a jaw-dropping asking price of $48 million. This was worth as much as the most expensive mansion in the state of Utah in the United States. However, by the end of the auction, the highest bid for the token was a paltry 0.09 ETH, which corresponded to $280. This is a 99.9994% fall!

Stories like this are spread across the NFT space, with even the most popular NFTs becoming a shell of their previous values. It appears that NFTs are just not as sellable without the hype and blind followership. Good luck convincing people that this isn’t a bubble!

Persistent NFT Scams are Not Helping

The NFT boom of 2021 not only attracted many investors, half-baked or otherwise, but it also brought with it a deluge of scammers looking to exploit the frenzy and swindle uninformed investors.

Recurring scams in the sector are also one of the less-mentioned reasons investors are dumping NFTs and looking elsewhere. NFT scammers seem to have a massive bank of malevolent ideas, coming in several forms and shapes as they continue to evolve. This makes it increasingly difficult to guard yourself against the many pitfalls.

Top NFT collections, such as the popular monkey-themed Bored Ape Yacht Club, have recorded two mass hacks in recent months that have led to the theft of hundreds of thousands of dollars worth of NFTs. One such instance was when actor Seth Green’s Bored Ape cartoon was “kidnapped” via a phishing scam. Green ended up paying 65 ETH, or $300,000, to repurchase his monkey image from another investor who bought the NFT from the hacker.

A report from blockchain analysis platform Elliptic showed that social media NFT scams were the most common type of scam in the sector, accounting for 23% of NFT thefts in 2022. The report revealed that hackers received an average of $300,000 per scam, with the true scale likely to be much higher because not all hacks and scams would have been identified using this method.

Are nfts dead: Is There a Future for NFTs?

While there is a lot of negative pressure mounting atop the NFT space and many have projected its end, it remains unlikely that the entire sector would get washed away. If anything, we’re likely to witness a forced pivot in the sector, with whichever NFTs left after this pivot phase embodying meaningful utilities and greater staying power. This is similar to what the broader cryptocurrency market is currently going through. One thing for sure is that the era where digital artworks make millions of dollars simply by existing is over, at least in this cycle…

The era we’re heading into is one where quiet growth and investments in product development and genuine use cases is the main focus, as companies adopt a utility-first approach to these assets, as opposed to a monetize-first mania. Keep a close eye on genuine investors and thought leaders on NFTs such as venture capital firm Andreessen Horowitz.

The NFTs that will likely survive in this trying period are likely to be social (status) and utility NFTs. The area where NFTs would likely see more focus is the Metaverse and gaming sectors. Already, there is a growing appeal for NFTs in these spaces. Most of these new-age gaming platforms are play-to-earn (P2E) focused and use NFTs as in-game rewards.

Moving forward, investors who remain interested in the sector are likely to be more cautious when contemplating investing in any NFT collection. Strong due diligence on genuine utility would be a necessary criteria for success, unless you are a trader that only plays the pricing game. Both approaches can work; but know which game you are playing and don’t mix it up! 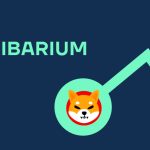