Interoperability is a common but often unnoticed feature behind many facets of our world today. The existence of this feature makes life easier in many ways that we may take for granted. According to Techopedia, interoperability is the factor that allows multiple systems to collaborate and share information in an unrestricted manner.

For example, you can move from one doctor to the other without any worries, thanks to medical records. All you have to do is get previous doctors to transfer your records to your new provider, and you can resume checkups or treatment without missing a beat.

Likewise, you can follow Hitechies on Twitter and comment on posts or communicate with customer support regardless of whether the mobile devices or processors, such as Android or iOS, used on both ends vary. This is possible because all processor hosts are interconnected through the same QUIC/HTTP protocol in the background. This is the key tool enabling interoperability between operating systems.

Interoperability is also the reason you can remove the batteries on your TV remote and use them on your mouse, as they share the same circuit design components. We could go on endlessly about the multiple ways interoperability affects our everyday experiences.

Ironically, this seemingly abundant usability-sharing system appears to be lacking in one of society’s latest inventions: the Metaverse.

What is the Metaverse?

The Metaverse is a concept featuring a three-dimensional online universe, where users are allowed to meet, game, work, socialize, and create in this virtual space. To get a better grasp of this concept, think of the internet but in a virtual form.

The Metaverse is rapidly driving the world towards achieving a more immersive and realistic digital world, gradually blurring the line separating our physical world from its virtual counterpart. Top brands and enterprises are in a race to invest in promising Metaverse projects, thereby positioning their businesses to take advantage of the endless opportunities this industry presents. Indeed, in some cases, the entire identities of leading technology companies are being rebranded to focus align with the Metaverse, as can be seen by Facebook’s name change to Meta in October 2021.

The Current State of Interoperability in the Metaverse

While some degree of internal interoperability exists within individual Metaverse platforms such as Decentraland, achieving platform-to-platform interoperability, for example, between Decentralnd and The Sandbox, continues to elude industry developers. This interoperability headwind faced by the Metaverse stunts its potential and mass adoption.

In the last few months, there have been more attempts at bridging the interoperability gap. An example of this is integrations between off-chain and on-chain applications, such as Minecraft partnering with blockchain applications. Attempts like this are critical for moving the Metaverse towards unlocking its full potential.

Without interoperability, users’ access to the Metaverse is restricted to activities within a single virtual environment instead of allowing for the free flow of user interaction across multiple virtual worlds. One can move across plains and territories in the physical world while preserving continuity and commonness in our experiences. Similarly, the ideal Web3 experience should accentuate these features in the virtual world, not limit them.

Web2 infrastructure does have elements of interoperability built in, thanks to the development of standard protocols such as the Voice Over Internet Protocol (VoIP), which allows for communications via an internet connection rather than a phone line, regardless of the operating systems used.

Modern browsers can load any website or webpage and can interlink to any page, making it a globally interoperable, interconnected system, much like a living organism interacting with the physical world. The largely global connected nature of the internet allows users to maintain an identity irrespective of location. Regardless of wherever you move to, your assets remain yours, and you maintain your identity and characteristics, much like in the physical world. In this way, the internet is a multilayered platform that allows multiple networks and subnetworks to co-exist and exchange information seamlessly with one another.

This seamless interconnectedness is lacking in the Metaverse. This is precisely the critical feature that many pioneering Web3 developers are engineering.

Critical Areas to Tackle for Achieving Interoperability in the Metaverse

Interoperability in the Metaverse will see projects benefit from the services and features of other Metaverse projects. A project could employ external smart contracts to bring desired features or decentralized applications (DApps) to their platform.

For example, let’s say you make a bet with your friend on Meta’s virtual world that whoever wins a World of Warcraft duel gets $100 of Microsoft Azure credits. To make this possible via smart contracts, Meta, Blizzard (the developer of World of Warcraft) and Microsoft would all need to be integrated to enable interoperability.

Interconnectedness in APIs across the Metaverse would solve some unique setbacks in the virtual world.

For example, currencies would become truly universal in the virtual world as projects can integrate external APIs to create acceptance and transfer of different platforms’ native currencies. This would be akin to converting your currency when you travel to different countries in the real world.

Another area where interoperability on the Metaverse would make a significant impact is storage. Projects can use other sister projects as a kind of hard disk, giving the project expanded storage capacity.

This is akin to moving between different gaming worlds while carrying forward the same data history, such as your health status.

Similar to avatars, a user’s assets constitute a major part of a user’s identity. Allowing assets to flow through Metaverses for several purposes, such as business, trading, or gaming, through interoperability preserves this identity.

A special instance example of this would be gaming collectables. Gamers form a large portion of the early Metaverse populations today. An important need for them would be the ability to participate in intra-Metaverse games using the same characters, mods, or skins.

Unifying economic tools such as assets, investments, and gaming collectables would encourage users to traverse the Metaverse. Instead, users have to shore up assets across different economies on the Metaverse, which can be costly, challenging, time-consuming and ultimately discouraging.

Barriers to Achieving Interoperability for the Metaverse

One of the points of failure in achieving interoperability in the Metaverse is the unavailability of specific applications and computer programming solutions to integrate on-chain and off-chain platforms within the Metaverse. The elimination of this availability challenge will be spurred by increased engagement with Metaverses and hence increased demand for better, smoother user experiences.

Integrating different virtual worlds would increase the number of information linkages in an exponential way. This requires a lot more memory storage and processing computing power. The technological developments in the semiconductors industry, which is the building block of all modern technological hardware, are key monitorable to elevate computing power constraints.

Which standards must be used? Which systems must be adopted? Which development rules and paradigms must be followed? Achieving consensus on these matters is a prerequisite for interoperability.

Each Metaverse platform developer would have their own preferences based on what is most convenient for them. Taking these different approaches and unifying them into a set of standards is a mammoth cooperation project, especially if we don’t want the existing largest Metaverse players to dominate the decision-making at the expense of a more inconvenient but objectively better global solution.

Like the internet, the Metaverse needs to become universally accessible to interested users irrespective of location or time boundaries. Such connectivity would increase the demand for interoperability, thus stimulating further innovations in the space.

Last week, an announcement from the global Web3 platforms sent excitement across the industry. Some Metaverse and Web3 projects joined forces to create an alliance called the Open Metaverse Alliance for Web3 (OMA3) to concentrate efforts on overcoming the interoperability challenges present in the industry.

Why is OMA3 Important to the Development Interoperability in the Metaverse?

While it is yet to be infused with details of its roadmap, the OMA3 website claims that the project will introduce crucial Metaverse solutions such as interoperability protocols, cross-platform standards for assets, transferable Metaverse identities (avatars), and cross-world portals (mapping, indexing, and wrapping). To emphasize its commitment to introducing interconnectedness in the virtual world, OMA3 has made interoperability one of its core principles.

In a blog post dated July 18, 2022, the OMA3 group explained that it believes in a Metaverse without walls or barriers, one where individual projects are fully interconnected and interoperable. An official statement revealed that OMA3 will be run as a Decentralised Autonomous Organisation (DAO) to allow it to erect a transparent and user-centric governance structure.

OMA3 has also expressed its goal to focus on making the Metaverse fully permissionless and controlled by users (decentralized), in true Web3 spirit. This is in contrast to having platforms owned and controlled by platform developers, which is characteristic of the Web2 paradigm.

OMA3 sounds like an answered prayer to the lingering interoperability challenges faced by the Metaverse. However, solving this problem is far from a walk in the park. A fully interoperable Metaverse across major virtual worlds may still be years away.Importantly, this is a challenge faced not only by the developers but also by key players in the technology hardware industry, such as semiconductor companies. This is because computing constraints can only be solved by improving the performance of logic and memory chips that go into every device; smartphones, laptops, desktops, etc.The genesis of OMA3 is a step in the right direction. The successful execution of its objectives and other innovations could see thousands of interconnected, interoperable, and complementary Metaverse projects sprout in the coming years. Naturally, this will accelerate enterprise-wide adoption of the Metaverse, much like the accelerated digital transformation and cloud transition trend over the past two years. 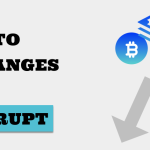 Crypto exchanges are going bankrupt – Are we in a recession?

Crypto exchanges are going bankrupt - Are we in a recession? 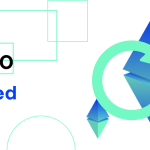