Established in 2015, the Ethereum network has grown to become one of the most popular and commonly used blockchains in the crypto space. Its impressive range of programming tools has been instrumental in developing several prominent crypto projects. Currently, the network is home to several decentralized finance projects (DeFi projects), stable coins, numerous non-fungible tokens (NFTs), and decentralized applications (Dapps). Additionally, ETH (Ether), the native token for the Ethereum network, stands as the second most valuable digital currency by market cap, with Bitcoin in the first place. The impressive growth of this network over the past six years has created several problems for the network. Some of these challenges include high transaction fees, high inefficiency, and high energy consumption for running projects on the network.
Ethereum’s developers are fully aware of these challenges facing the network and plan on upgrading the network soon. Their primary goal is to launch Ethereum 2.0 so that they can achieve their objectives. However, before the launch of Ethereum 2.0, the devs team has set August 4 as a day for uploading five protocol updates on the main Ethereum network. Ethereum developers have described these protocol updates as the Ethereum London Hard Fork.The potential upgrades to the Ethereum network are generating a lot of buzz among traders and crypto enthusiasts alike. Several Ethereum supporters have expressed excitement about the upgrade, while many others are unhappy about the potential upgrades.
In this article, we will discuss the major aspects of these upgrades. Additionally, we will discuss the short-term and long-term effects of these upgrades on the Ethereum coin price. 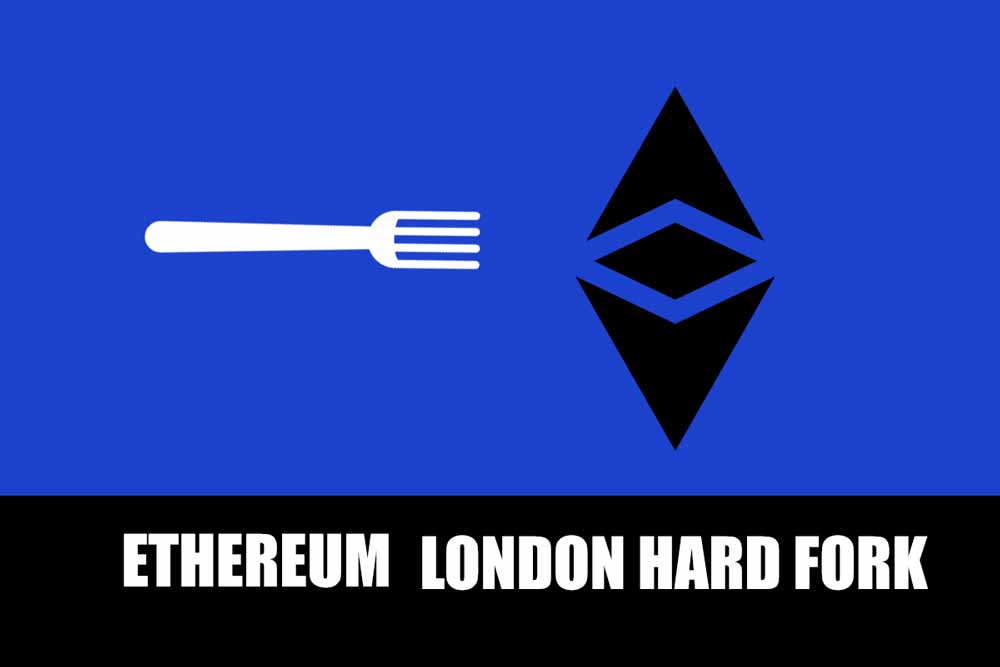 We need to examine Ether (ETH) in greater detail if we are to understand the necessity for implementing EIP 1559 on the Ethereum network. Ether is the native token on the Ethereum network. As a result, this token serves as the native currency on the network.In contrast to Bitcoin, the Ether (ETH) is an inflationary token. Since ETH is an inflationary token, its supply is not fixed. As a result, new ETH coins will always be mined and produced.The current system rewards ETH miners with new coins every time they validate a block. Typically, miners are rewarded for validating a transaction block every 15 seconds. In addition, miners receive a share of the transaction fees that users of the network pay.
However, with the EIP 1559 upgrade, this current rewards system for ETH Miners is set for change. The EIP 1559 upgrade will stop miners from receiving a share of transaction fees that users of the network pay with its enactment. Instead, these coins will be sent to the network and destroyed through a new base-fee burn mechanism. This upgrade aims to create a deflationary effect on the Ether (ETH).An advantage of this upgrade is that it will effectively reduce the circulating supply of ETH coins, which will increase the value of ETH coin price in the long term. Another advantage of this upgrade should help to stabilize the transaction fees attached to transactions on the Ethereum network.
Gas fees attached to transactions on the Ethereum network can be highly unpredictable when there is congestion on the network. This congestion has significantly increased in recent times due to several factors. Some of these factors include an increase in DeFi projects, market activity in a bull market, and the recent explosion of NFTs.These upgrades mean a loss of revenue for many ETH miners, especially considering that previous upgrades have reduced the number of ETH coins they earn. Previously, miners received 5 ETH as a block reward for mining. However, at present, miners receive 2 ETH as a block reward for their mining activities.
Presently, the Ethereum network runs on a proof of work system. However, Vitalik Buterin, the founder of Ethereum, has said the network would migrate to a proof-of-stake before the end of 2021. This move will mean that miners are no longer required on the Ethereum network. Instead, validators will be required to protect the Ethereum network by validating transactions.Miners in the Ethereum network can decide to become validators when the network moves to a proof of stake system. However, we can not fully determine if most miners will opt for this option.
The network’s EIP 1559 upgrade and future move to a proof of stake system may prompt miners to abandon mining activities. However, this may not be too bad, as highlighted by the recent ban on bitcoin mining in China. After mining activities were halted, the Bitcoin network’s difficulty rates fell, making it easier for other miners to validate transactions and earn more. A similar situation may occur on Ethereum should miners decide mining activities on the network. Miners left on the network will earn more for their mining activities.

According to Yahoo Finance, “Ethereum’s difficulty bomb refers to the increasing difficulty level or complexity of “puzzles” in the proof-of-work mining algorithm.” The more complex the calculations become, the longer it takes to process a block, and the lower the rewards are for miners.The EIP 3554 upgrade will push back the proposed increase in the difficulty time bomb of the Ethereum network to December 2021. With the EIP 3554 upgrade, miners will be allowed to earn as many ETH coins as possible before December 2021. Once the upgrade runs its course by December, we expect to see an increased difficulty in mining new Ether tokens. This move is also aimed at creating a deflationary effect on the Ether coin (ETH) in the long term.

The Ethereum London hard fork will have the greatest impact on miners on the Ethereum network. As a result, we don’t expect to see a major drop-off in the coin price of Ethereum in the short term.We hold this view due to the outcome of China’s ban on Bitcoin mining. Due to the suspension of mining activities, the Bitcoin network’s difficulty rates dropped, allowing other miners to validate transactions and earn more.Ethereum may face a similar circumstance if many miners decide to stop mining activities on the network. For miners remaining on the network, their mining activities will reward them with more tokens. Additionally, a move to a proof of stake system means that validators will soon replace miners on the network.In the long term, we expect to see a significant increase in the price after the Ethereum London Hard Fork. This prediction is based on making current actions taken to reduce the circulating supply of Ether.Also, there are many other proposals in place that aim at making Ether a deflationary token. We eagerly anticipate the arrival of these improvement proposals and other upgrades that will be carried out on the Ethereum network.