Q1 Crypto 2022-Only BTC,XRP finished Above borderline WHY? 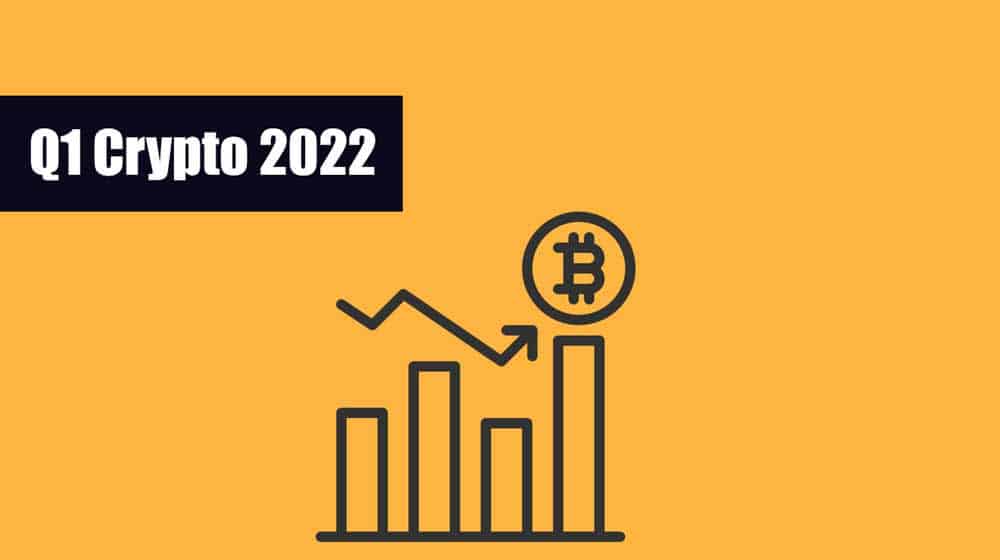 Q1 Crypto 2022: Why Is The Crypto Market Fluctuating?

The crypto market has been experiencing a consistent bear run for quite some time now. It has been in this state since the last quarter of 2021. Statistics show that there has been a massive drop in the global crypto market capitalization since then. This has seen the price of BTC and other cryptocurrencies fluctuate massively. BTC moved slightly above and significantly below the $40,000 price level.

Several factors contribute to the fluctuation in the market. This includes the uncertainties regarding the regulation of cryptocurrency in several countries. For instance, there were debates about the legalization and ban of crypto trading in India, China, the USA, and other countries. It is also believed that the recent war between Ukraine and Russia has contributed significantly to the current situation of the market.

As of 23rd January 2022, the top 30 coins in the market had lost a whooping some of more than $1 trillion in market capitalization from their peak. But interestingly, BTC and XRP did better than most top cryptocurrencies. But their resilience has come as a surprise to many. Due to this, a lot of investors and financial analysts have taken an interest in why BTC and XRP were able to hold their own despite the dip in the crypto market.

Q1 Crypto 2022 : Why Did BTC And XRP Show That Much Resilience Despite The Market Crash?

The crypto market has always been a volatile one. It mostly runs on speculation and hype. Therefore, it isn’t easy to predict how the market will move. It is also challenging to say for sure why a particular coin is dipping or booming. Most times, experts can only use past events and current speculation and events to analyze why the market is fluctuating. To understand why BTC and XRP showed remarkable resilience, despite the downturn in the market, one must look at the market trends, speculations, and current events in the crypto space.

BTC started poorly in 2022, as the market was in a severe dip. It was described as one of BTC’s worst-ever starts to a year. However, it showed a strong comeback in March. Towards the end of March, BTC enjoyed a 9% gain. This almost completely reversed the losses suffered from January. In fact, it outperformed the U.S. stocks and led a rally across the digital-asset markets.

Experts believed that the BTC’s price increase towards the end of the first quarter was due to certain events at the time. It was speculated that the stabilization of the volatility driven by geopolitical and macroeconomic uncertainty influenced BTC’s surge in price. Another reason for the increase in BTC’s price was investors’ action in preparation for future events.

Experts stated that inflation and predictions of severe potential recession made many institutional and retail investors choose to build a defensive strategy. These investors believe that crypto can play an integral part in their preparation plans. Several bullish developments for BTC have also acted as a catalyst for the price surge, such as institutional demand for more exposure in the crypto space.

For example, towards the end of the first quarter, Goldman Sachs became the first major bank in the United States to trade bitcoin across the counter. This would allow institutional clients to spot bitcoin trading, making investments into crypto funds. Based on this, many investors would want to store as many BTCs as possible.

Many are surprised at the excellent performance XRP has shown in 2022. In fact, more investors are aping in on XRP, despite the long-running litigation with the U.S. Securities and Exchange Commission (SEC). However, the litigation with the SEC seems to be one of the reasons for XPR’s success. Recently, Ripple has scored several wins in the lawsuit filed against the company as an unregistered security.

The positive outcome so far has made Brad Garlinghouse, Ripple’s CEO, increasingly optimistic that XRP can win its long-running case. Experts are hopeful that the case will be resolved by September to October of 2022. One of the biggest wins in the lawsuit is that XRP has been granted permission to respond to the SEC’s Memorandum of Law by Judge Analisa Torres.

This latest development allows XRP to respond in support of the Motion to Strike fair notice defense based on court documents. Also, Judge Analisa Torres has ordered that three documents regarding the SEC vs. Ripple case be unsealed. This includes the email string of Chris Larsen, Ripples’ founder of Ripple. Brad Garlinghouse’s deposition notice and email thread were also ordered to be unsealed. This news made many investors invest massively in Ripple in anticipation of a massive surge in price.