Jerome Powell, chairman of the Federal Reserve, confirmed to the House Committee on Financial Services recently that the US central bank will likely raise interest rates before the end of March.

Impact of Fed Interest Rate Hike For The Crypto Market

The impending hike in interest rates has been a source of concern for members of the crypto community. Investors in the real estate industry and the stock market also share these concerns.

With the confirmation of the interest rate hike by the chairman of the Federal Reserve, Jerome Powell, all questions regarding a possible rate hike have been answered. Now, investors are wondering how aggressively the FED will implement its new interest rates in weeks and months to come.

In an interview with Coinmarketcp, a senior market analyst at OANDA, Edward Moya gave his opinion on this subject. Edward stated that the FED has already set the interest rate for the coming months. However, he agrees that there is still uncertainty regarding the speed of implementation of the new rate.

Why does the Fed hike interest rates?

Edward believes the new rates’ pace will play a major role in any potential slump in Bitcoin and altcoin prices. He points to the performance of the crypto markets during speculations over the proposal of interest rate hikes as a positive sign.

In general, the crypto markets have been experiencing drops in price value over the last few months. However, even though it has dropped in value, there has always been a potential for a huge price breakout and a return to previous highs.

The current expectation is that around four to five increases to rates over the coming months would not be too bad for the crypto markets. However, the crypto markets will experience a downtrend if rates continue to rise at a fast pace.

Much attention has been given to the possible effects of rate hikes for cryptocurrencies in the long term. However, most of these forecasts center around the impact on the leading crypto asset, Bitcoin.

Bitcoin is the first and leading crypto asset in the market. Consequently, a remarkable drop in the value of this asset usually results in a decline in the value of all other digital currencies.

In terms of general expectations, Bitcoin’s value is expected to drop dramatically with rising interest rates. This expected decline can be explained largely by the massive global adoption of Bitcoin.

Due to its global acceptance and adoption, the price of this digital asset has been correlated with the price of traditional assets like stocks. Accordingly, any event that causes a decline in traditional markets will also have a similar effect on Bitcoin. However, as stated earlier, the pace at which the new interest rates are implemented will play a key role in the decline of Bitcoin and other cryptocurrencies.

Previously positive news for Bitcoin has led to a sharp rise in its value over a short period. However, the possibility of another nation adopting Bitcoin as an official currency looks bleak. El Salvador is the only country that has adopted Bitcoin as its official digital currency.

Despite this fact, several interest groups and individuals are working to move nation-state adoption for Bitcoin. An example of an individual working to achieve this goal is Samson Mow, a former employee of blockchain technology company Blockstream.

Apart from the imminent hike in interest rates, there are many other concerns regarding the short-term prospects for Bitcoin. This point particularly relates to the energy consumption problems attached to the mining process of Bitcoin.

Previously, the Chinese government had placed a ban on Bitcoin mining activities. The effect of which resulted in a dip in price for Bitcoin. The European Union is currently planning on shutting down all proof of work mining operations in all of its countries. This ban may lead to Bitcoin’s value falling in the long run.

Combined with the imminent hike in U.S. interest rates, there is a very strong possibility that Bitcoin will suffer a significant loss in value over the coming months. It is important to note that the price of Bitcoin plays a major role in determining market conditions for all other cryptocurrencies.

As a result, a significant drop in price for Bitcoin will mean a major decline in price for all other digital assets in the crypto markets. However, the effects of the interest rate hike and the ban on Bitcoin mining are expected to be short-term. Bitcoin’s price is expected to reach unprecedented heights in the long run.

Edward Moya, a senior market analyst at OANDA, expects Bitcoin and other cryptocurrencies to experience a tough year in his forecast for the year. During his interview with coinmarketcap, he stated:

“It might not necessarily be a stellar year as we’re so spoiled and used to. You might continue to see investors focus on other altcoins that are in the earlier stages of growth. And I think that could really limit some of the bullish upside you see with Bitcoin. So through no fault of its own, but it could still be good for the overall cryptoverse.”

Increasing interest rates in the United States is aimed at controlling high inflation. However, with higher interest rates for dollar-dominated assets, there will be an increase in the demand for US dollars.

Stablecoins backed by the US dollar can be used to meet this demand. As a result, there should be a higher demand for stablecoins that are pegged to the US dollar over the coming months.

Stablecoins have proven to be reliable mediums for storing value since they are not subject to the volatile nature of cryptocurrencies. Instead, they act as a transfer medium between fiat currencies and crypto-assets.

In his forecast of Stable coins, the CEO of Prosper Trading Academy expects to see an increase in the demand for stablecoins over the coming days. He stated: “Given that the Fed is likely raising interest rates multiple times this year, which should essentially provide tailwinds for the dollar, stablecoins which are tied to the dollar can also capture this upside.”

Massive adoption for Bitcoin globally means that this digital asset is now ranked with many other traditional assets like stocks. As a result, we expect to see a decline in its price value if hikes in the interest rate are implemented quickly by the FED. 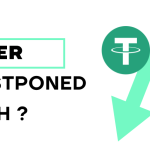 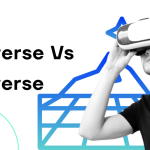